After exploring different datasets and ideas, our team decided to visualize the data of American chocolate bar.

You can find the code in my github.

Story of the first map 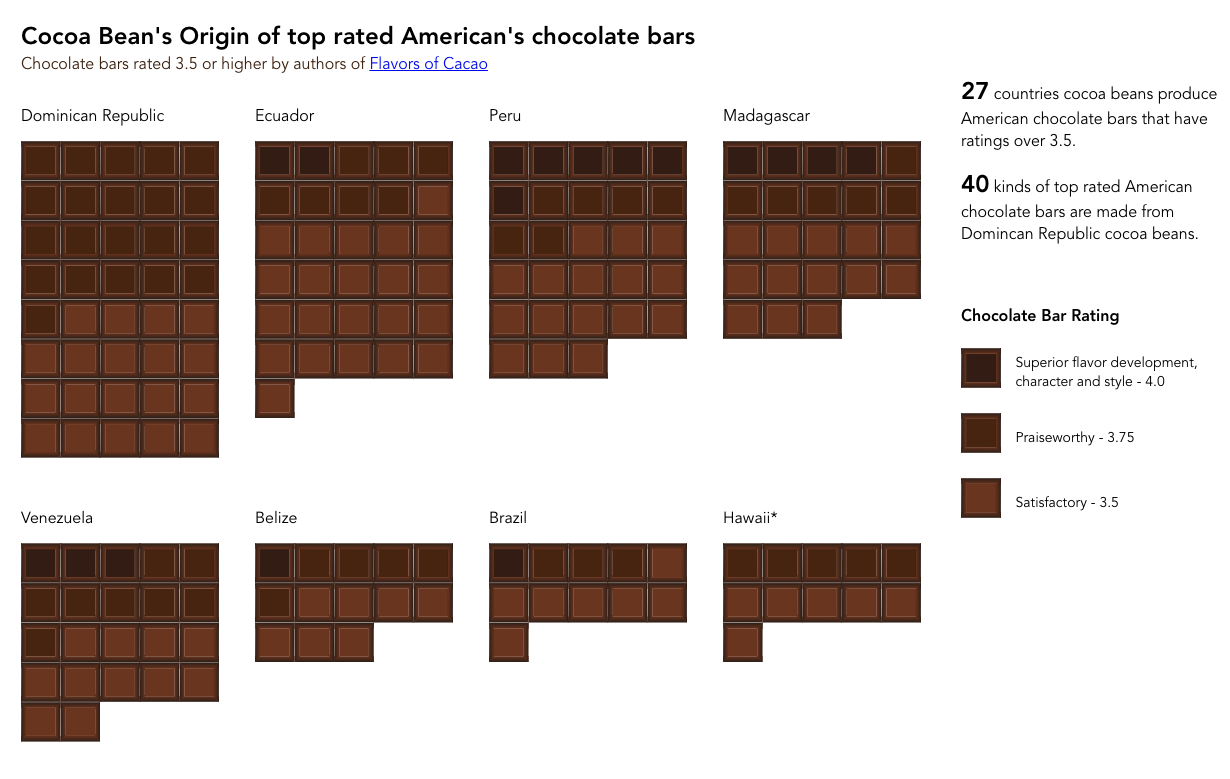 This dataset contains a collection of expert ratings of over 1,700 chocolate bars with information on their percentage of cocoa, chocolate beans used and the origin of these beans. These ratings were compiled by Brady Brelinski, Founding Member of the Manhattan Chocolate Society.

We only use the data where the Company Location is “U.S.A” as we want to study the American chocolate bars.

We preprocess our dataset to ensure that data is consistent and ready to use.

For the location of circles, we first used project method in d3.geo to project path from world-50.json to show the world map, then we projected the longitude and latitude of countries to the x and y on the svg.

For the shade of country land, we mapped country code with the countries in the chocolate dataset. For countries that has cocoa beans used to produce American chocolate bars, we filled the land with color “#999”, otherwise, we filled with “white” color.

For the size of the circles, we used d3.scaleSqrt() to map the input of number of chocolate bars from 1 to 117 to the radius of the circle from 5 to 15.

We only show the countries that have cocoa beans used to produce at least one American chocolate bar with rating 3.5 or more.